Grammy Award-winner Sturgill Simpson is an artist who continually pushes the boundaries of music and creates to the beat of his own drum, as evidenced by his 2019 animated album Sound & Fury. This summer, he teams up with bluegrass-folk-country artist Tyler Childers on A Good Look’n Tour for a night of well-crafted, Americana-imbued tunes! The tour comes to Gorge Amphitheatre on Saturday 2nd May 2020 for an evening of incredible music under an open sky! 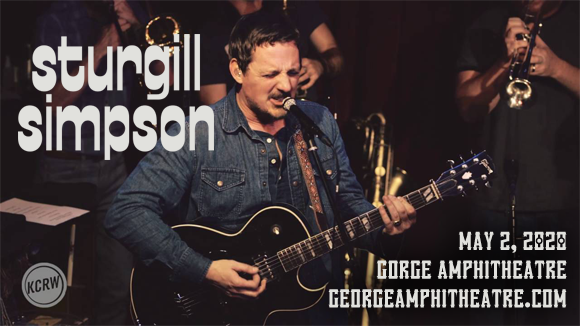 Country music singer-songwriter Sturgill Simpson made his debut with the self-funded, self-released High Top Mountain, but it was his universally-acclaimed second album, Metamodern Sounds in Country Music, that really put him on the map, earning him a Grammy Award nomination for Best Americana Album. His success continued with 2016's A Sailor's Guide to Earth, which was nominated for Album of the Year and won Best Country Album at the 59th Grammy Awards. His fourth studio album, Sound & Fury, was released in 2019 with an accompanying original Netflix dystopian anime film.