Heading to the Gorge to see legendary stadium rockers Kings Of Leon? Why not make a weekend of it – a camping pass means you can stay overnight (8/25-8/27) and keep the party going with friends and fellow fans! Don't miss you chance to have a truly unforgettable experience at one of the most breathtaking venues in the world! 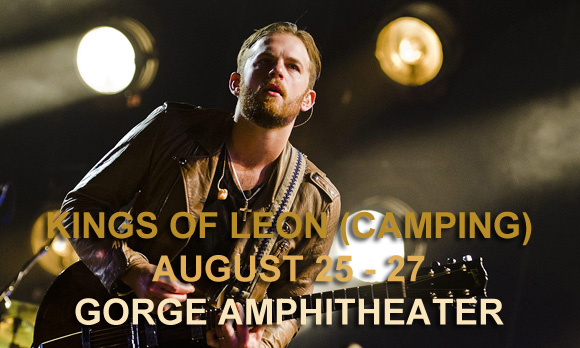 Tennessee rockers, Kings of Leon, first formed almost 20 years ago, in the late 1990's. Their sound that changed and developed over the years but they first began as any Southern Rockers did, but their incredible tracks managed to break through onto the mainstream. They became a breathe of fresh air between the countless Alternative Rock acts of the time. When their career shifted into a world-wide successful act, Kings of Leon began to create a more stadium Rock sound that we all know of today.

Now in 2017, they are celebrating their most recent seventh studio record, 'WALLS' – after it's success last year, Kings of Leon are still touring and have extended dates due to it's incredible popularity!