It's that time again, music-lovers! Labor Day weekend can only mean one thing at The Gorge – Dave Matthews Band is coming!!! Once again, Dave and his crew of phenomenal musicians come to Gorge Amphitheatre for three days of amazing vibes and non-stop tunes! Starting on Friday 31st August 2018, the DMB-fest will be a little different this year as the band will not only be performing fan favorites, but also some fresh new tracks from their upcoming ninth studio album! Tickets available now! 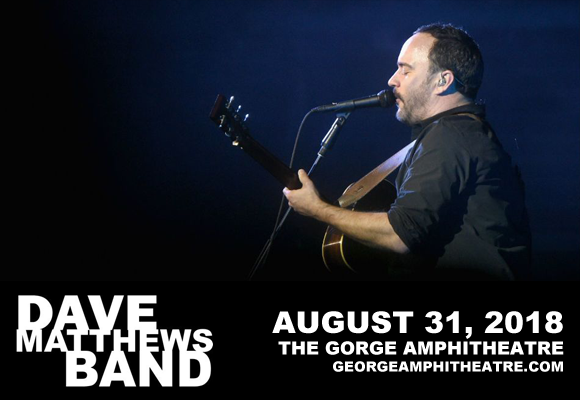