Booking your tickets to watch the Dave Matthews Band perform live on Sunday the 4th of September 2022 at the Gorge Amphitheatre, Washington D.C, is simple, so grab yours now! Tickets are selling fast and are limited, so do not miss out! Groove live with one of the best jamming bands, notorious for their epic playing as a group. They can read the music and mood to create exceptional sets at all their performances, each one a little different at every venue. So, book your tickets for the 4th of September at the Gorge Amphitheatre to have a truly wonderful night with the Dave Matthews Band. 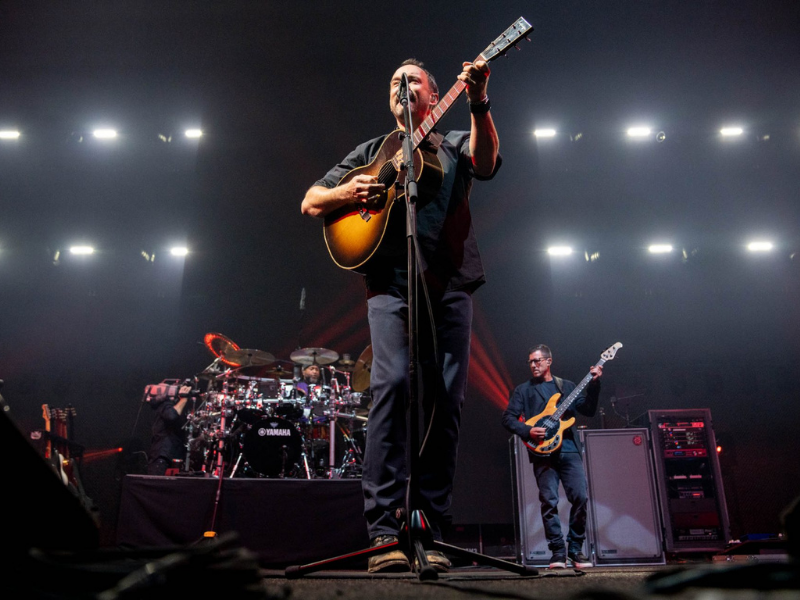 The Dave Matthews Band have been wowing audiences with their live performances since the early 90’s. Dave Matthews, South-African vocalist and guitarist, formed the band and joined several Virginia-based musicians together, such as bassist Stefan Lessard, legendary saxophonist Leroi Moore and drummer Carter Beauford. DMB focused their energies on touring and their live jamming, mainly gigging at college campuses. They created a hype that travelled quickly by word-of-mouth, leading to a Tuesday night residency at Trax in 1992. The reputation and word of the band’s unique sound spread further, and they started to tour outside of the Virginia area. In 1993 DMB released their debut album, independently released and titled ‘Remember Two Things’. It was recorded live at The Muse Music Club on Nantucket Island and debuted as the highest independent entry on the College Charts. Less than a year later DMB released their first studio album, titled ‘Under the Table and Dreaming’, and wowed a wider audience with hit tracks such as ‘What Would You Say’, which still wows audiences today, especially when they play the track live, the combination of the harmonica and high strings even better. Grab your opportunity to see the Dave Matthews Band live and book your tickets today!