Some heavenly or cosmic forces must have fired-up the rebirth of a hippie band called Grateful Dead, into a its new earthly form — DEAD & COMPANY. John Mayer and ex-Grateful Dead members have come together to breath new life into the legacy and music of the legendary Grateful Dead. The loyal fansbase and a new generation of captured audience are definitely not gonna miss this for the world. Don't be left behind; get your tickets now! 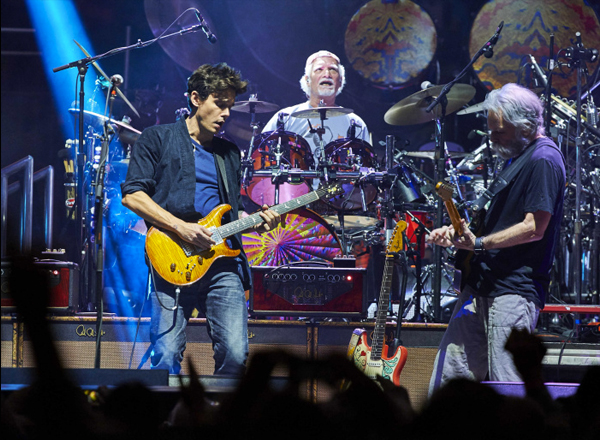 John Mayer connected with and gathered together ex-Grateful Dead members, learned over a hundred songs from their catalogue, and formally formed Dead and Company in 2015. Mayer's accidental discovery and 'obsession' with the music of the Grateful Dead has materialized into a full-pledged band composed of former Grateful Dead members Bob Weir (guitar), Mickey Hart (drums), and Bill Kreutzmann (drums), with John Mayer (guitar), Oteil Burbridge (bass), and Jeff Chimenti (keyboards). And yes, touring has been a major part of their agenda. In fact, they have performed in various venues like Madison Square Garden in New York, Bridgestone Arena in Nashville, and the MGM Grand Garden Arena in Las Vegas. There seems to be an insatiable demand to see them live onstage, hence, the show goes on this 2016.