The amazing and talented Dead & Company are coming live to Gorge Amphitheatre on Saturday 8th June 2019! As they bring their impeccable songs to the stage, it's going to be a night to remember. With their joined forces between John Mayer and the original Grateful Dead members, fans can enjoy a true mix of music! Every one of their previous concerts has received positive press and reviews – book now to avoid disappointment for their summer 2019 show! 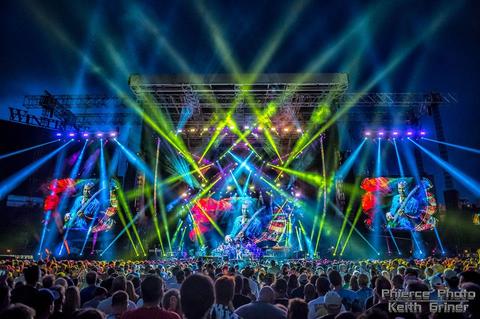 With their sheer love and dedication to bringing people together – Dead and Company have developed a kind of super group that is remarkably understated. John Mayer made it clear from the get go that he is so inspired by Grateful Dead's music and as he took center stage at a studio performance with Bob Weir on The Late Late Show – with three of the other original members it was the start of Dead & Company – a next chapter. Together they formed what we can now see before us!

2019 marks another incredible year for these out of the world musicians as they all join forces to bring all of the classics that you know best. There's going to be plenty of special and unforgettable moments on this summer evening so be sure that you book your tickets above and head on down for the main event.

Get ready for the main event and book your tickets today to secure a place in the crowd! It's going to be an unforgettable night!