Put up your arms and jump for Illenium’s Memorial Day Weekend at the awe-inspiring Gorge Amphitheatre for 2 whole days on Saturday, May 28th and Sunday, May 29th 2022. Featuring sets from San Holo, Dabin, Sodown, Grabbitz, Brondo and Paws on the Saturday and Alan Walker, Flux Pavilion, Mersiv, Blanke, Decadon, Fury and Mc Dino on the Sunday! That is a huge, and jump heavy line-up that would be an absolute shame to miss, grab some tickets now for the ultimate Memorial Day Electronica weekend, and start your 2022 summer the right way! 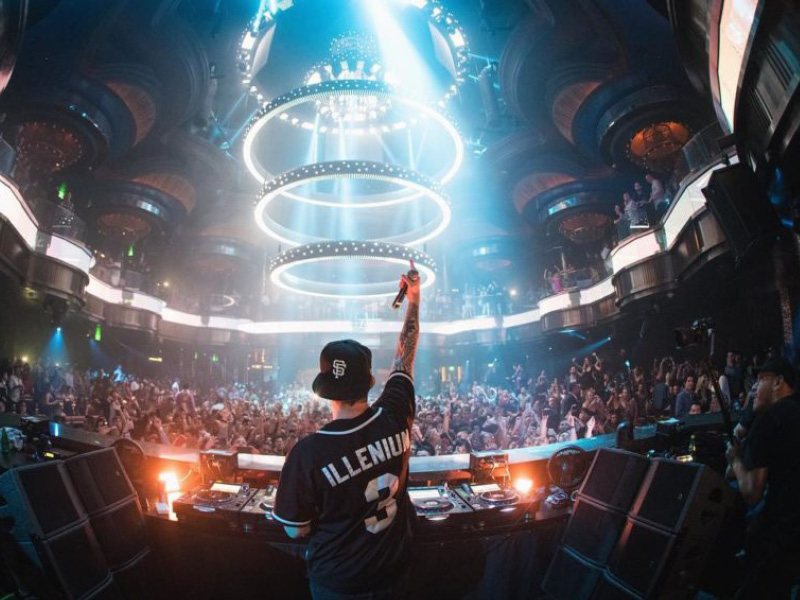 Denver-based producer and DJ, Illenium, is one of the most successful crossover electronic artists today, by mixing elements of celestial electronic, mellow alternative, rock-fuel dubstep, emotional indie and pop-tinged bass music, he has elevated the stance of Electronic Dance Music via his bold, progressive take on the genre.

He has released four studio albums, his most recent being Fallen Embers, released in July 2021, earning Illenium his first Grammy nomination. The long awaited 14 incredible tracks are full of his euphoric sound and stacked with incredible artist from all over the world, it is one of his biggest and most thought-out album releases.

Illenium took the pop and electronic worlds by storm with his breakthrough independent releases, his 2014 self-released Risen EP and his 2016 debut album, Ashes. But it was his second studio album, Awake, in 2017 that broadened Illinum’s taste for powerful vocals, emotive lyrics and complex, layered electronic melodies. Awake topped the iTunes Top Electronic Albums Chart in 12 countries with over 100 million streams, and peaked at number 3 on the Top Dance and Electronic Albums chart on Billboard.

Where Ashes and Awake formed the Illenium sound, Ascend, his third full-length album and major label debut, was one of the biggest electronic releases of 2019, counting over 1 billion collective streams, Ascend became Illinium’s first album to top Billboard’s Top Dance and Electronic Albums chart and his highest-placing release on the all-genre Billboard 200 chart, peaking at number 14.