There's something Phishy going on at Gorge Amphitheatre on Sunday 22nd July 2018… Celebrated psychedelic wonders Phish will be bringing their groovy jamband improv to the Gorge, complete with an insane light show, funky collaborative musical explosions and the on-stage antics that make them one of the world's most noted live bands! Live at one of the most noted outdoor venues in the world, it's a match made in heaven! 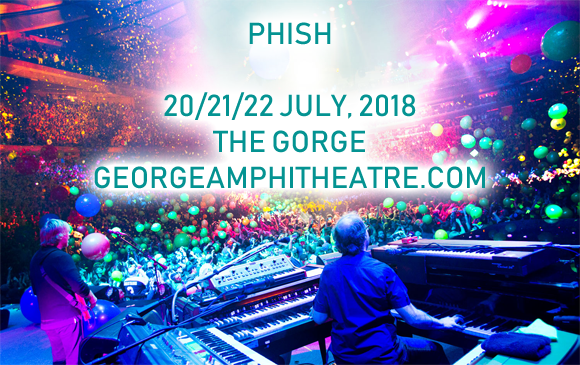