Santana and Earth, Wind and Fire present The Miraculous Supernatural 2020 Tour! At Gorge Amphitheatre in George, Washington on Saturday June 27th 2020 A continuation of 2019’s Supernatural Now tour for the legendary Santana the Miraculous Supernatural 2020 Tour will mark the first time that these two powerhouses will share the stage in the U.S. Santana will be playing songs from both his Supernatural and Woodstock eras, as well as newer tracks from his 2019 full-length album Africa Speaks and some incredible surprises. Earth, Wind & Fire is one of music’s most celebrated musical forces in history with an iconic music catalogue that has been the soundtrack of millions of lives around the world. 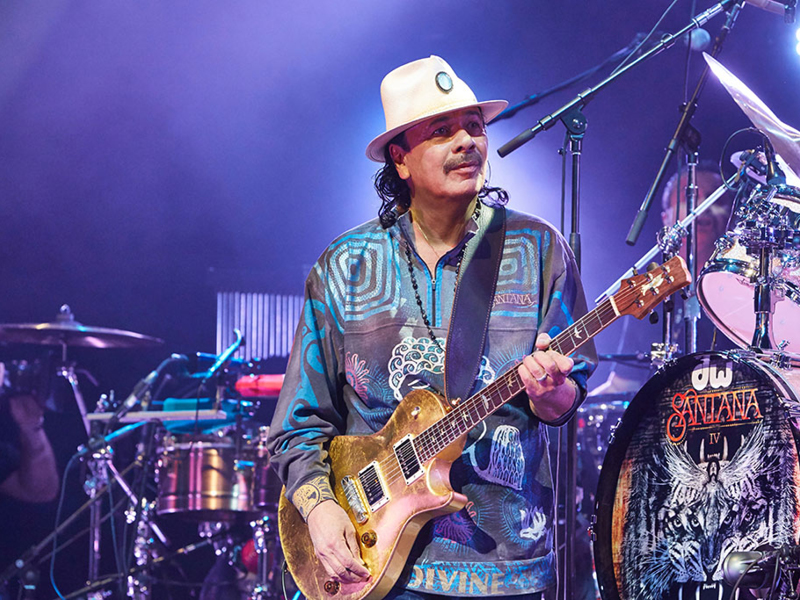 Rock and Roll Hall of Fame inductees Earth, Wind and Fire are main members singer Philip Bailey, bass guitarist and singer Verdine White and singer and percussionist Ralph Johnson with B. David Whitworth on percussion, Myron McKinley on keyboards, John Paris on drums, Philip Bailey, Jr. on percussion, Morris O'Connor on lead guitar and Serg Dimitrijevic on rhythm guitar. 2019 saw Earth, Wind and Fire become the first African American R&B group to receive the prestigious Kennedy Center Honor.
“We are excited to rock the USA alongside our friend Carlos Santana and his band with their off-the-chart musicianship and high energy show,” said EWF lead vocalist Philip Bailey. “We‘re going to bring the mighty elements of the universe to the stage and take fans on a journey they’ll never forget. This is gonna be a blast!”