It's the show members of The Pride have been waiting for as EDM sensation Seven Lions comes to Gorge Amphitheatre on Saturday 11th July 2020 for Chronicles: Chapter Three! Nearly two years since his last Chronicles event, the DJ, producers and Ophelia Records head is bringing a stacked line-up of some of the hottest names in melodic bass, including sets from Boombox Cartel, Jason Ross, MitiS, Trivecta, and Gem & Tauri, as well as a headlining set from the artist himself, as well as an opening Observatory performance! Unmissable! 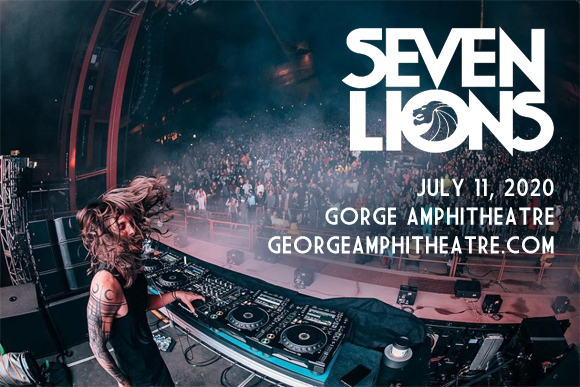 Combining EDM styles as diverse as trance, melodic dubstep, drum and bass, glitch hop, and electro house, American record producer, remixer, instrumentalist Jeff Montavelo (better known by his stage name, Seven Lions) has risen through the ranks over the years to become one of dance music's most sought-after producers. Beginning in 2010 in Santa Barbara, California, he first came to public attention when his unofficial remix of "Cosmic Love" by Florence and the Machine was released on Moshi Moshi Records as part of the official single package for "Cosmic Love". His remix of the Above & Beyond track "You Got To Go" caught the duo's attention, and sat at number two on Beatport’s Dubstep chart for over six weeks. With his technical skill and sonic artistry both behind the decks and in the studio, Seven Lions began to build a huge buzz around him, also gaining acclaim from an array of established artists, including Paul van Dyk, Skrillex, and Ellie Goulding, among others. He has worked with Casablanca Records, OWSLA, Viper Recordings, Anjunabeats and Republic Records over the years, and in 2018, he launched Ophelia, his own record label.