Tool comes to Gorge Amphitheatre on Saturday 17th June 2017 for a concert you'll never forget! The incredible progressive alt-metal band will be performing at the stunning venue amid rumors of work going ahead on their elusive and long-awaited fifth studio album, so who knows… Maybe fans will be in for something very special indeed! 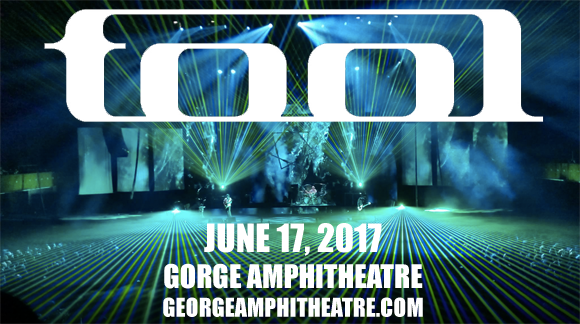 Alternative heavy metal band Tool formed in 1990. The band released its debut album, Undertow, in 1993 and, despite being sold with a censored cover by some distributors, it reached platinum status by 1995. Their second studio album, Ænima (1996), was also hugely successful and was eventually certified triple platinum by the RIAA on March 4, 2003. To date, the band has release four chart-topping albums and has won three Grammy Awards (Best Metal Performance twice, for "Ænema" and "Schism", and Best Recording Package for 10,000 Days).