Gorge favorites Train are back, and they're hitting the road again this summer on a 45-date stint, named the "Play That Song Tour" after their recent smash hit single! The band will be joined by British pop star Natasha Bedingfield & 90s rock band O.A.R., and they'll be heading to Gorge Amphitheatre on Saturday 15th July 2017!

“We can’t wait to pack our gear and visit all of your beautiful cities this summer with a few of our incredible friends, O.A.R. & Natasha Bedingfield. Every summer it gets a little more fun, and with the songs from a girl a bottle a boat, I think 2017 will be the best show we’ve ever put on. Hope you can make it out to the Play That Song Tour. These songs are best heard live," said lead singer Pat Monahan. 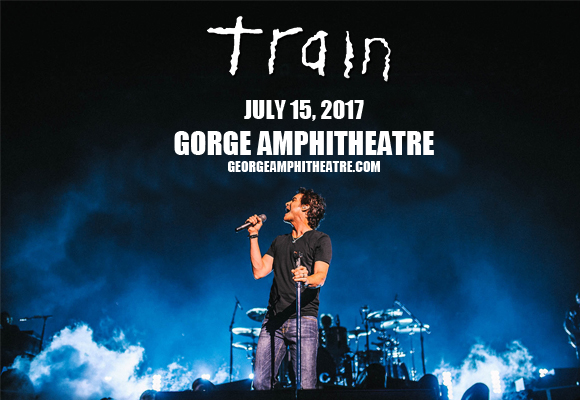