The final day of the Watershed Festival at the Gorge Amphitheatre on Sunday, July 31st, 2022. This is the big hitters' day, the main stage is going to be packed, set to set with awesome Country Stars, if you plan on coming for the music and nothing else then this is the day for you, grab some tickets now to make sure you get the best seats in the house, well, on the lawn. Last year featured four different artists that could headline their own show all on the final day, now that is just quality. 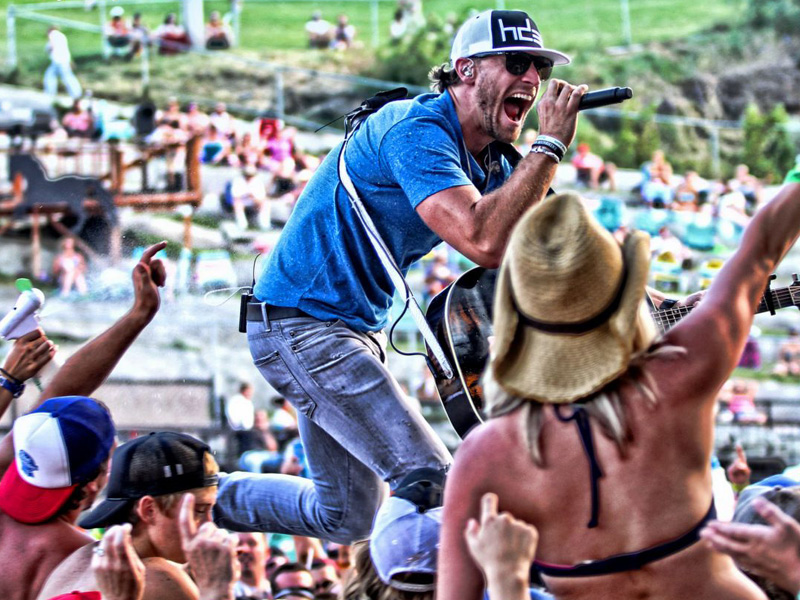 Every year Shedders gather at the Gorge Amphitheatre in George, Washington for the one of the best Country music festivals in the country, and definitely the biggest and best in the state, plus it is at one of the best music venues in the country, so it cannot be missed! The first Watershed took place in 2012, and this year marks ten years of greatness, and you know that means big!

Last year’s final day Main Stage featured an opening set by Dee Jay Silver followed by sets from Blanco Brown, Gabby Barrett, Hardy, Randy Houser, John Pardi (those last three could headline a gig anywhere on their own) and a headline show by Thomas Rhett, and while this year is still to be announced, you can be damn sure it will be even better! (If they can find a way, they will.) If the main stage isn’t your thing, then there is always a chance to catch some brand-new country acts at the Next from Nashville stage, or hang around till late, and party it up with Dee Jay Silver until the early hours.

And while you wander around the huge park at the Gorge, be sure you don’t miss out on all the fun activities, it’s going to be hot, so you will need a spot to cool off, take a run through one of the multiple misting stations, or bring your swimsuit and take a ride down the giant waterslide! They keep promising to add a second one… Or put on your bikini and head to the party, not just any party… party it up and dance to your favorite hits on a dance floor filled with foam! Or you could just chill out and grab an ice-cold craft beer and check out one of the many free arcade games inside the Craft Beer tent.