Gorge favorites Zac Brown Band are returning to play the iconic venue once more on Saturday 19th August 2017, as part of their Welcome Home Tour! Taking its name from their exciting new album, which promises to see the band return to their country roots, the tour will be hitting cities across the U.S. from May through October, seeing the band kicking up a storm wherever they go! 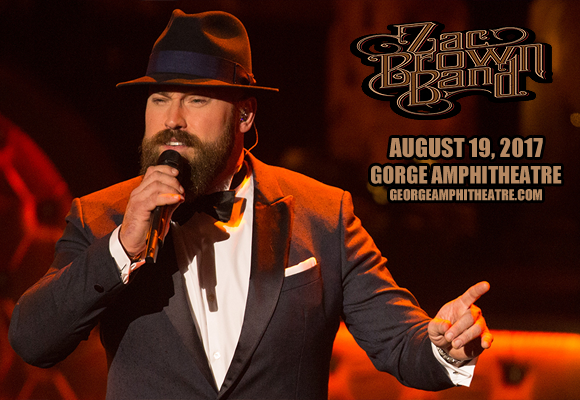 The Zac Brown Band has been active since 2002, when lead singer and bandleader Zac Brown had begun touring consistently, playing around 200 shows a year, and recruited a backing band. The band's indepently released first album Home Grown was released in 2003, and by 2008 the band was working with Atlantic Records, releasing their major label debut The Foundation, which was certified triple-platinum by the Recording Industry Association of America. Its following two albums, You Get What You Give and Uncaged, are certified platinum. Since 2009, the Zac Brown Band has earned 55 award nominations from the Grammys, Academy of Country Music, American Music Awards, Country Music Association and Country Music Television, and has won 8. To date, the band has released six studio albums, three of which have been in collaboration with Atlantic Records, as well as two live albums, one greatest-hits album, and two EPs.