There are some bands that are indisputably excellent live acts, regardless of the genre of music you're into, and Phish is 100% one of those bands! The Vermont foursome has spent 36 years on the road, and sells out stadiums and amphitheaters year after year! This summer, Phish comes to the world-renowned Gorge Amphitheatre on Friday 27th August 2021 (Rescheduled from Friday 16th July 2021) for the first of three nights, and will be performing a unique and carefully-crafted set for each show! Expect second-to-none musicianship and colorful from these talented fellas! 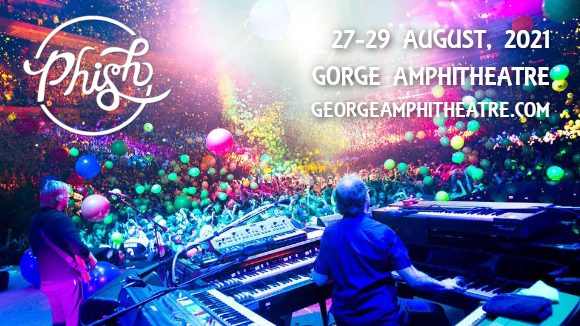