Insane musical talent, expert showmanship, lively energy, and a healthy dose of humor are just some of the things you can expect from a Phish show. If you've never seen them before (and if so, where have you been?), there's a reason the Vermont jam band have achieved legendary status on the touring circuit – they command any stage they set foot on and create an atmosphere that will have you bussing for months! Phish comes to Gorge Amphitheatre on Saturday 28th August 2021 (Rescheduled from Saturday 17th July 2021) for the second in a three-night run in which no two shows will be the same! Make sure you don't sleep on tickets – they'll be snapped up faster than you can say "Trey, Page, Mike, and Fish"! 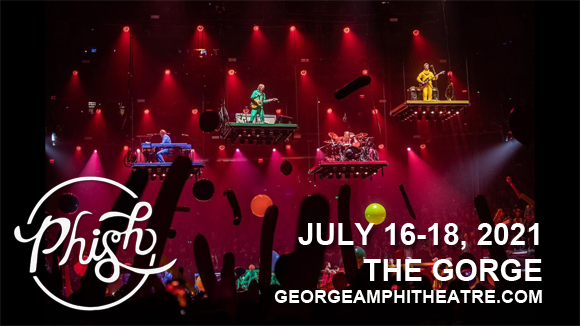