With a huge fan following and a whopping seven top 10 albums, several of which are certified multi-platinum, Dave Matthews Band is one of America's most popular touring groups and it's easy to see why! The Grammy Award-winning act's live shows are a must-see, with a fresh take on their massive hits with each performance and a back-catalog of incredible singalong songs! The band comes to Gorge Amphitheatre on Saturday 4th September 2021 for the second in their three-night-run! 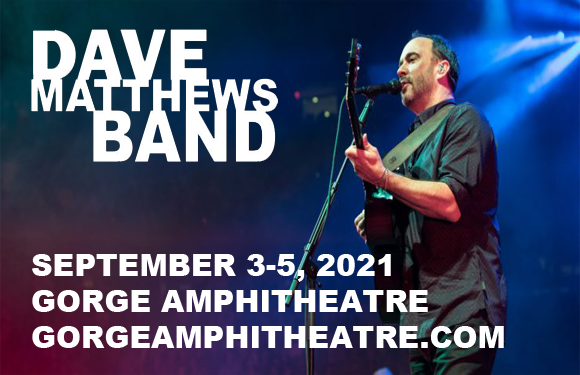